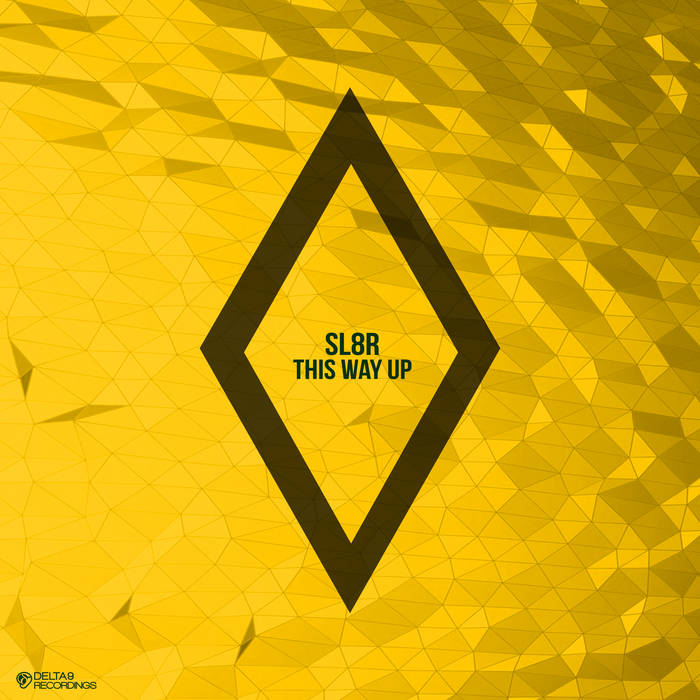 A label born out of both Berlin and Bergamo in Italy, Delta9Recordings has been able to tap into a host of influences since they first began releasing music. Focusing primarily on the dark, minimalistic and techstep sounds, they’ve acquired a vast back catalogue to help platform these tastes. And Delta9Recordings have ensured that the artists they’ve helped to bring through, from across Europe, also encapsulate the same stylistic features. This can be seen throughout their forthcoming ‘This Way Up’ EP from drum & bass producer SL8R, which adds a welcome addition to their back catalogue and further presents the label as having the ability to pick out the very best newcomers slowly making their way to the genre’s forefront.

‘No Fuss’ begins the EP, creating a dancefloor twist amongst its flipping samples and stepped up sonics. The track begins as it means to go on, with an urgency which ramps up and creates an appeal which translates directly into the clubs. ‘Asterix’ comes next and this record takes a heavyweight standard to a much harder level, as when the bass drops it snares you and pulls you down deep into its grasps. The layers of percussion which introduce the record don’t allude to how low you’re about to go as soon as the bassline dives to a subterranean depth, as the track’s skeleton rattles with its pure power. ‘This Way Up’ is more minimal in its approach, although as it breaks down the sense of urgency can’t be masked. Each bass stab and instrumental bleat builds on the next, before you’re once again taken in by SL8R’s uncompromising production standard.

‘Elastik’ brings ‘This Way Up’ to a close, offering up a slightly different version of the style which SL8R has showcased on the subsequent three records. At first ‘Elastik’ disguises itself as having a liquid underpinning, but the producer’s throbbing bass patterns and pelting drums make themselves known as the track drops and you’re suddenly grabbed by its power. SL8R’s formulaic music writing takes no prisoners and this is clear to see from one track to the next... That’s why he makes such a pivotal signing for Delta9Recordings and their groundbreaking roster.