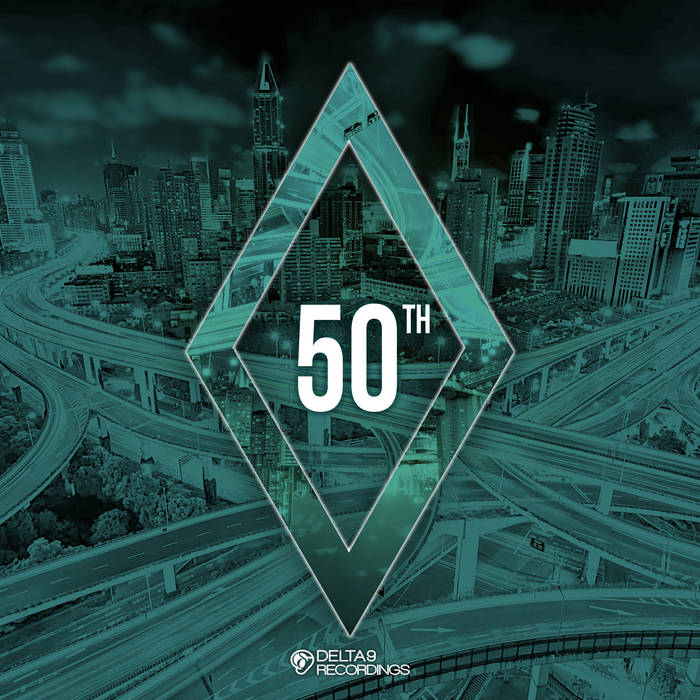 The 50th LP from Delta9 Recordings presents everything the label has endeavoured to construct since they first began releasing music. Based between two of Europe’s most creative hubs, the label has stretched its roots from Berlin and Bergamo, in Italy, to draw out a host of inspirations. It’s dark, minimalistic and techstep sounds have filtered across subs within their biggest club spaces, helping to promote the drum & bass culture in Northern Italy and demonstrating its contribution to the worldwide scene. From its very beginning stooped in the culture of free parties and small venues, up until its fiftieth release, Delta9 Recordings have continued to push the boundaries since their inception in 2012. The natural evolution can be seen throughout their back catalogue of music as well as their live events, which have hosted several Italian and international artists from the harshest realms of drum & bass. And the LP which benchmarks a phenomenal number of releases channels the exact same ethos.

The album highlights both already renowned international artists on top of the artists which Delta9 will be working with in the future. As well as the already notoriously fierce music Delta9 releases, they also branch out into the liquid subgenre, which helps to diversify the music given a platform through the 50th benchmark. A host of talented newcomers and critically acclaimed artists stand out across the track listing.